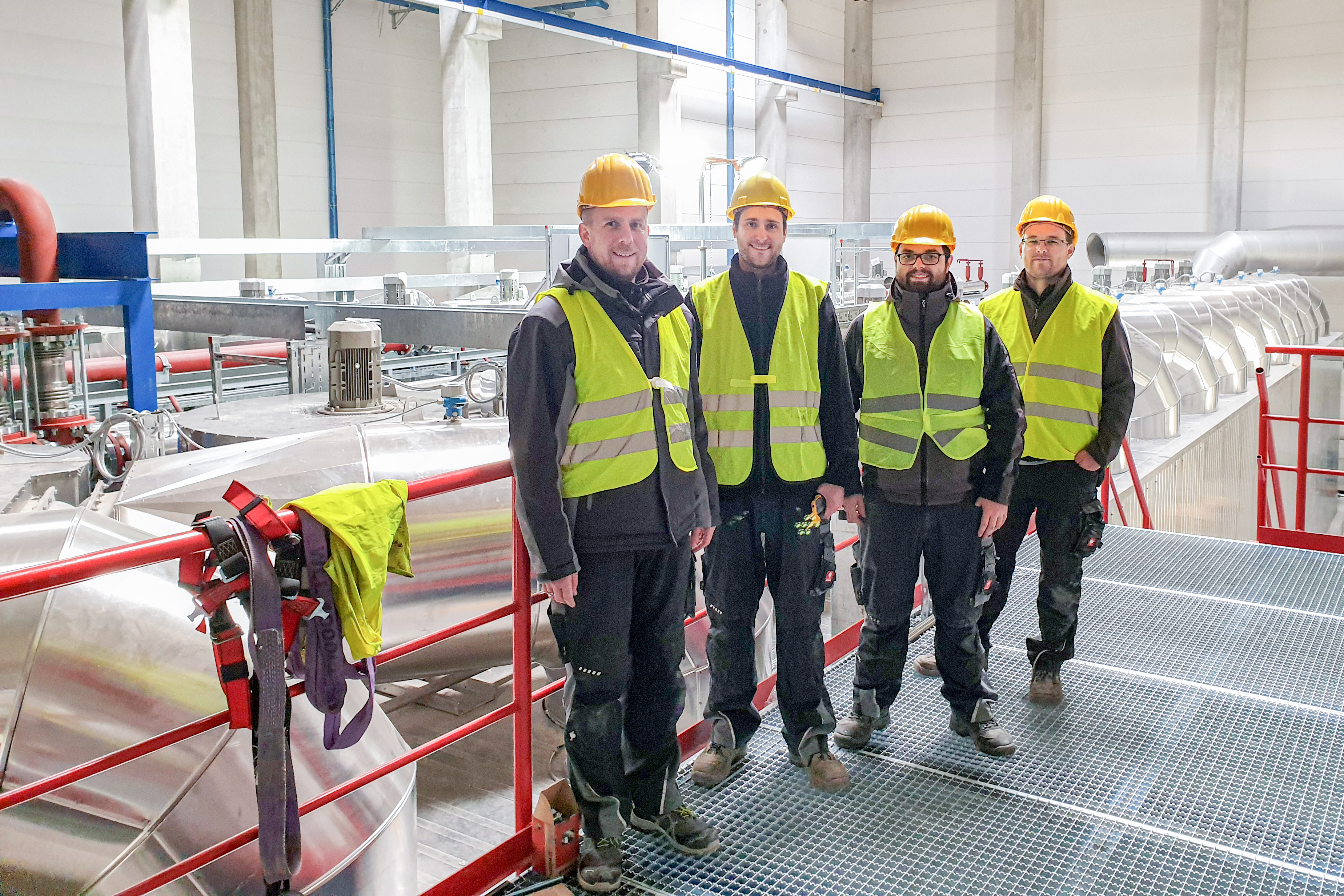 SPANGLER – the Plus of use of resources.

In order to achieve the generally defined goal of phasing out coal and due to the amendment of the sewage sludge regulation, the combustion of sewage sludge instead of coal as a fuel is a good alternative. For this reason, two belt dryers with a yearly capacity of 80.000 tons were installed at a plant of an energy provider for increase of capacity. SPANGLER Automation planned, produced and programmed the automation technology on behalf of HUBER SE Berching.

„The project was very comprehensive. Besides the two new belt dryers of the size BT 30, the control technology comprised the corresponding air circulation system, the conveyance of the wet and dry sludge as well as the exhaust air treatment “, Anton Höcker, Spangler Project Manager reported. Beyond that, a power station drawing system was implemented so that with every message in the control system it can be recognized which module in which area has caused the message. In addition to the technical scope the building time of only four months was very tight, for everything – from the machine technology to steel structures and cabling to start-up and bus connection.

As main control Spangler used a Siemens PLC S7-1500, which is operated via HMI via the Siemens WinCC. 27 control cabinet fields and six sub-distribution boxes directly at the machines control both dryer lines, including power supply. Spangler experts programmed the control of the dryers in accordance with a functional specification sheet of HUBER SE.

The energy supply of the plant is monitored fully automatically. If one power supply fails, the network is completely switched to the redundantly planned second supply. If both fail, the plant automatically switches to supply via an emergency power generator and thus is permanently available. In addition, the central control system is connected to the existing control system, which already existed prior to the extension, via a bus system. Therefore, the plant can be completely controlled from the remote control room of the energy provider.