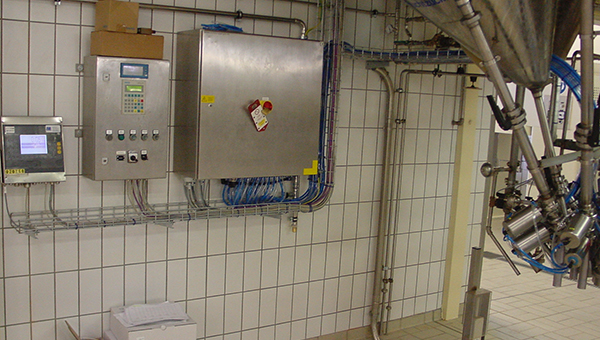 For a Nuremberg-based confectionery manufacturer, we modernised an existing automatic control system with the latest components.

The company produces the famous Elisen gingerbread among other things. Production runs throughout the year with focus on the winter to buffer the high demand at Christmas time. During operation, we modernised an existing plant control with state-of-the-art components.

The existing automation technology from 2006 is from us, so our service team was able to draw on existing plans and thereby forgo an inventory.

In the first step, we updated the software and user interface. The existing display remained unchanged.

In the second step, our programmers modernised the control unit of a conveyor belt system. The system is now divided into five sections which can be controlled separately by radio. In this way, the flow of the conveyed material can be adjusted according to need depending on the processing at the end of the belt.