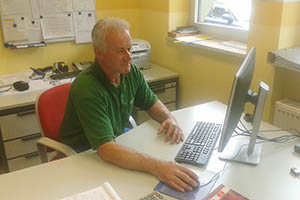 SPANGLER – the Plus of Topicality.

The health resort of Bodenmais is one of the leading tourism regions within the Bavarian Forest, and is located in direct proximity to the Bohemian Forest and the border to the Czech Republic. At the beginning of 2016, SPANGLER Automation installed and adapted the new process control system for the local sewage treatment plant.

A particular challenge in this case was to adjust the system conversion and the new user interface during operation so that the accustomed processes could be maintained as far as possible. For this purpose, initially the functions of the existing control system were analysed, all control variables documented and the existing values stored. SPANGLER specialists then transferred the old system, module for module, to the new FlowChief system. Initially, both systems ran in parallel, so that subsequent modifications and customer requests could be entered into the software via remote maintenance.

With the new system, not just the process control of the sewage treatment plant was technically updated to the current state of the art. The greatest customer benefit from this investment is the connection of the operation diary to the DABAY system of the water authority. Up until now, the data was manually exchanged at the end of the year, but now this exchange is executed daily and in a fully-automated manner.