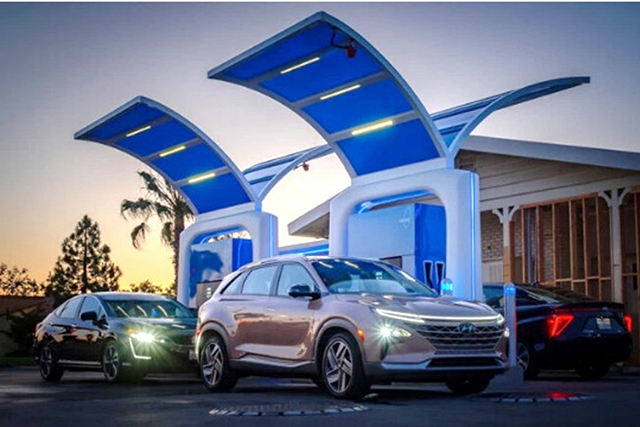 SPANGLER – the Plus of engineering.

Hydrogen is one of the most promising alternative energy sources, also in the automotive sector. Linde Engineering has developed a unique hydrogen fuelling station, based on liquid hydrogen supply (LH2) which is applied in USA. Spangler was responsible for the electrotechnical conception of the prototype as well as further development to series production.

As Spangler has continuously applied EPLAN Electric P8 and Pro Panel, the complete control panel technology, from the 3D design to the digital wiring via Routing was perfectly designed in accordance with the customer’s requirements. Thus, it was ensured that the prototype was already made ready for series production in the early project state. SPANGLER Automation could make use of its strengths: “With our certification at UL Germany, we can produce plants for the North American market according to standard UL508A (Industrial Control Panels) “, says project manager Andre Spitzner. Due to the final application in the United States, this was a basic requirement of the project.

From the conception to the test phases

Every fuelling unity consists of a container with two control panels. These were arranged in a way that both for the users of the gas station as well as for the service and maintenance staff, their own 15-inch touch panel from the Siemens TP-Serie is available for operation. In addition, with the application of an outdoor panel it was guaranteed that in case of direct solar radiation it is possible to safely start and supervise the filling process. The control of the individual aggregates and the evaluation of the sensor system takes place via a failsafe Siemens PLC S7-1516F control.

Project-specific details, which were developed in close cooperation with Linde Engineering, are visible at the construction of the control cabinets. Among other things, Spangler took care that the network components of the end customer can be easily retrofitted. According to the requirements of the explosion protection, the containers were divided and segmented; safety barriers and Ex i-probes were applied. Thanks to this sophisticated concept, the explosion protection measures could be reduced to a minimum. Looking ahead to series production, test systems, which were specifically made, were applied, which simulated the drive technology and the sensor technology and thus guaranteed a 100% output test within a very short period. As some aggregates are only available at the final site of operation, Linde Engineering uses these test systems already with the installation and trial run of the container in its plant. Besides the electrotechnical conception, a huge part of the development effort was also put in the adaptation of the documentation to the US-American standards.  With respect to the way of presentation in North America, this included the comparison of the IEC symbols to the symbols of the UL NEC and the structuring of the wiring diagram, in accordance with customer’s wish.

“At the end of last year, Linde Engineering informed us that the first gas stations were successfully put into operation and that there were already enquiries for follow-up projects “, reported Daniel Götz, responsible sales employee at SPANGLER Automation. He is pleased about the now long-term partnership with Linde Engineering. In the meantime, another 15 batches were produced and already delivered. The series production is under way.