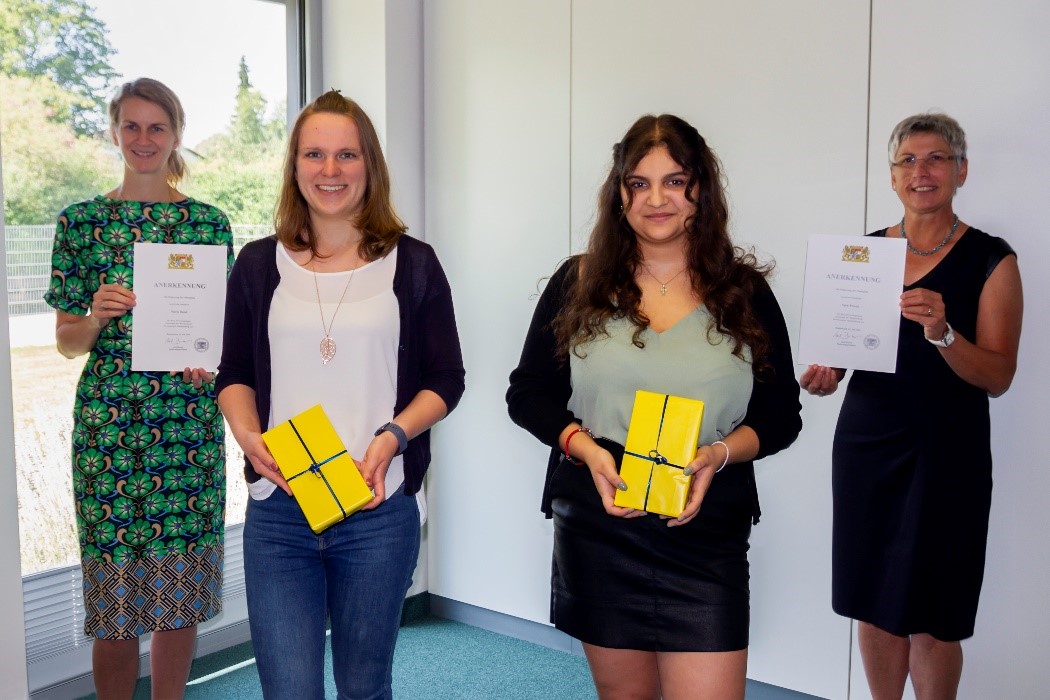 Dietfurt/Töging, 29.07.2020 – Two apprentices have finished their apprenticeship at Spangler with a honoration ceremony for especially good performances at vocational school.

Sara Nrecaj and Marie Huml both have finished vocational school with excellent performances why they were honoured at the official farewell of the vocational school in Neumarkt in the ASV sports hall in the presence of Willibald Gailler, administrative head of the district Neumarkt.

About SPANGLER
SPANGLER GMBH employs around 150 people at its headquarters in Töging in the Altmühl
valley and has been a reliable partner of the national and international mechanical and plant
engineering for more than 35 years. More than half of the plants produced are exported
worldwide.
SPANGLER Automation plans, programmes and manufactures the control and automation
technology for plants in various sectors such as environmental technology, agricultural
economy, building industry, food industry, automobile industry, raw materials industry as well
as pharmaceutical industry. Moreover, SPANGLER carries out the start-up and the aftersales
service of the switch and control systems.
Further information: www.spangler-automation.de