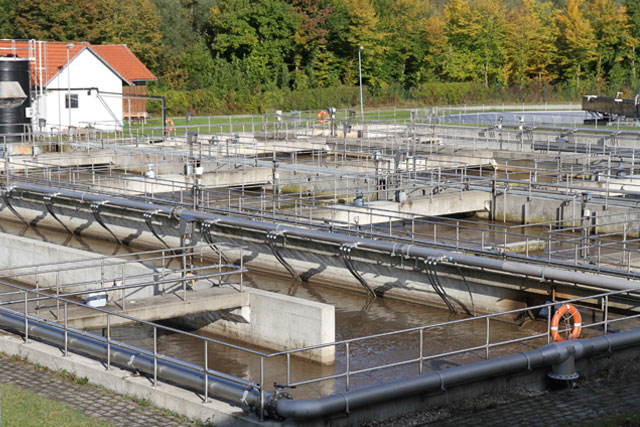 Spangler – the Plus of Operation safety.

Moosburg, a town in Munich’s surrounding, is certainly smaller than the nearby state capital, when taking the number of inhabitants into consideration. As regards sewage treatment the town does not need to hide behind as in Moosburg the latest state of the art technology has been installed in a future-oriented way over the last few years.

Prerequisite for the future
Starting point of the renewal was a SCADA and control system which already existed. Due to the design of the system as a central control unit for the entire sewage treatment plant, the increasing age of the programme was a challenge for the operators as regards updates and compatibility. Additionally, the hardware in form of a single PC was not secured with backups which would have led to a complete shutdown of the monitoring and control of the entire sewage treatment plant in case of a failure. For this reason it was decided to install a new SCADA system und to implement a new control concept. The new system will take over the complete control and visualisation of the plant technology.

In order to establish the prerequisites for a changeover, programmers of Spangler elaborated a concept which planned to convert the system during ongoing operation. As the sewage treatment plant was separated into several CPUs already during conversion a significant release of the main processor could be achieved. The next step was the modernisation of 15 remote stations (pumping station and storm water overflow tanks). They were connected via a mobile service connection to the control unit.

Open for the future
Spangler’s target of exchanging the SCADA system and decentralisation during ongoing operation was achieved. The operation safety can be guaranteed until the end of the year as planned. With this modern technology a transparent control of the sewage treatment plant Moosburg is possible and can be expanded at any time. The SCADA system enables remote control and monitoring of all external stations.