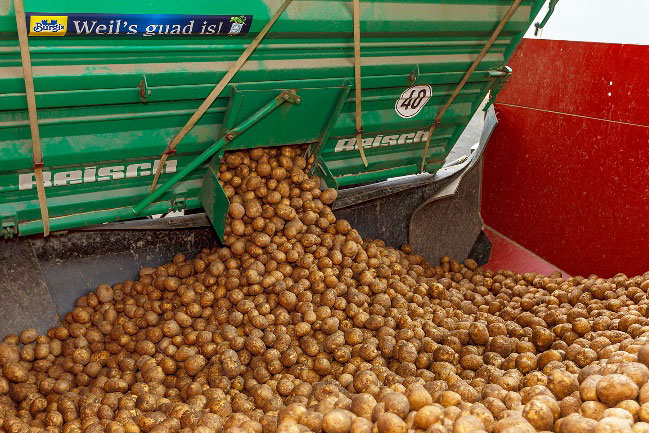 All about the potato

SPANGLER – the Plus of Reliability.

The Neumarkt-based German company Burgis GmbH processes around 28,000 tonnes of potatoes a year for their potato specialities which are meanwhile nationally famous. Burgis relies in this respect on a high-quality, regional commodity from Bavaria. For their main products – dumpling dough and shaped potato dumplings – the tubers are generally cooked. This is done firstly in a pre-cooker and then in a main cooker. Subsequently, they are cooled down to 40 to 50 degrees.

The main cookers and coolers were due for renewal, and with them the appropriate control system. SPANGLER Automation not only configured and programmed the new system, but also adapted the control system to the new layout. A peeling plant and a sorting plant were integrated, as was the existing pre-cooker.

Ten days for installation and commissioning

SPANGLER is well aware of the specific circumstances present in food-processing operations, thanks to several years of work in that field. Nevertheless, the performance capabilities of the automation company from Töging in Germany, was put to the test in the course of this project. As the extra items produced in advance represented only 10 days’ stock, the conversion needed to be completed within the same length of time. “During this timeframe, we set up the two floor-standing cabinets, laid the cables, put the new control technology into operation and connected up the existing operating parts”, Simon Riepl, the project leader, summarised. Moreover, SPANGLER had to coordinate work on site with four other companies involved. The project came together in a successful conclusion.